Dubai, UAE: For the second year in a row, The Kanoo Group donated 90 new laptops to support the Information City’s "Educate a Child, Build a Nation" initiative to develop children’s skills in technology that will improve productivity and contribute to the economic growth and performance of Dubai in the future.

Under the patronage of its Chairman and Founder, HH Sheikh Mohammed bin Maktoum bin Juma Al Maktoum, this initiative has achieved success and achievements over the past years and has won the praise of Ministry of Education, Knowledge and Human Development Authority, governmental and semi-governmental institutions, as well as charitable partners and supporters.

A gala ceremony was recently held to celebrate another year of progress at the Atlantis Hotel on 31st October 2017, attended by Ministry delegates and experts in the field of education and culture, and senior officials and representatives from charities and sponsors, including The Kanoo Group.

On behalf of The Kanoo Group, Mr. Talal Fawzi Kanoo received the Appreciation Award during the ceremony for its contribution and support towards the overall success of the programme.

The "Educate a Child, Build a Nation" initiative highlights the importance of adding awareness and developing the minds of the young to information technology; and puts the cornerstone of the vitality of early childhood learning, believing that education remains the key to developing the future of the nation.

Dubai, UAE: Information City’s ‘Educate a Child, Build the Nation’ initiative, aimed at training and educating the young generation to learn more about technology, proved another success with the support of government and private sectors including The Kanoo Group.

The Kanoo Group donated 90 laptops to students to support the training program. Mishal Kanoo, Chairman of The Kanoo Group, stressed the importance of education and early childhood development through technology and innovative learning methods as vital keys to the future progress of the nation.

Fahad Kanoo, Executive Director – UAE, together with senior officials and representatives from charities and sponsors as well as student beneficiaries and their families, attended the meaningful ceremony held on 30th November 2016 at Atlantis Hotel to celebrate the end of the program and its achievements. 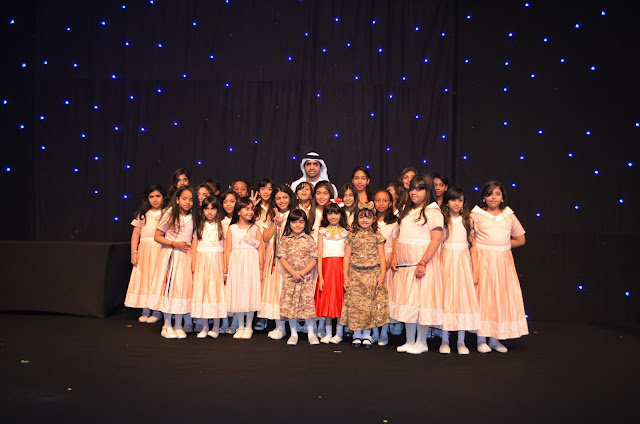