The Kanoo Group to sponsor "An Evening with John Cleese"

Dubai, UAE: For the second year running, The Kanoo Group will be sponsoring the show “An Evening with John Cleese”, up close and personal with the comedy legend, to be held on 5th to 9th November 2013 at Madinat Theatre - Souk Madinat Jumeirah, Dubai. 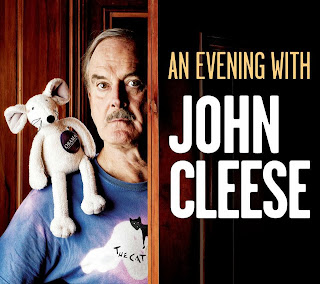 John Cleese is an English actor, comedian, writer and film producer. From his origins as a sketch writer for BBC radio, to his star turns in Monty Python’s Flying Circus and Fawlty Towers, he has made a career out of making people laugh. He has played the role of ‘The Guv’ in the critically acclaimed South African film ‘Spud’.

He has also starred in Clockwise, and has appeared in many other films, including two James Bond films, two Harry Potter films, and the last three Shrek films. In his Alimony Tour, Cleese explained the origin of his fondness for black humour, the only thing that he inherited from his mother. Examples of it are the Dead Parrot sketch, "The Kipper and the Corpse" episode of Fawlty Towers, his clip for the 1992 BBC2 mockumentary "A Question of Taste", the Undertakers sketch, the Vomit episode in The Meaning of Life and his eulogy at Graham Chapman's memorial service.

Following sell-out shows in Dubai at the Madinat Theatre last year, “An Evening with John Cleese” will come back in November where Mr. Cleese will entertain audiences with his hilarious antidotes. This year, a Q&A session will be included at the end of the show whereby audience participants will be invited to pose a question to the maestro himself.