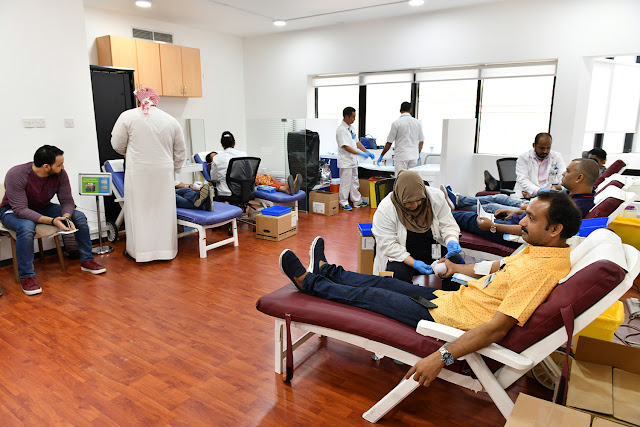 Dubai, UAE: As part of its ongoing commitment to promote a culture of social responsibility and to support government initiatives, The Kanoo Group once again concluded a successful blood donation campaign, in partnership with Dubai Blood Donation Center – Latifa Hospital, on 23rd January 2020.

Held at The Kanoo Group premises in Karama, Dubai, the 21st blood donation campaign drew the participation of 99 registered donations from staff and members of The Kanoo Group. The day-long campaign resulted in 75 successful donors after the standard screening.

Ms Maha Kanoo, Head of HR and Marketing–The Kanoo Group (UAE & Oman), said, “We are honoured to be supporting this yearly cause at The Kanoo Group which promotes the values of unity among our employees as responsible members of our society. It also raises community awareness about the importance of blood donation and its role in saving many lives.”

“Through this initiative, we achieve aligned goals with the government to help patients with thalassemia, anaemia, accident sufferers, and other illnesses, as well as support government hospital blood banks in providing a safe and adequate supply of blood,” she added.

On the recently concluded campaign, Mr Ali Islim, Marketing Manager (UAE & Oman), said, “Special thanks to every blood donor. Your donations make a big difference in the lives of many patients. Because of your generosity, lives will be saved.”

“We are grateful to the Management mainly to Ms Maha Kanoo and Mr Fahad Kanoo for their support in again making this initiative possible; to our team (Marketing) for organising the event and Property and HR teams for their support, and to everyone at The Kanoo Group who continuously believe in this great cause.”

“We hope that you continue to be a part of this regular important event, and we hope that our numbers increase as we move to the next. Together, we can make a difference,” he concluded.

The Kanoo Group lastly gave tokens of appreciation to all contributors of the blood donation campaign–a customised watch with The Kanoo Group emblem, which was generally well-received by employees.

Below is the list of registered donations from The Kanoo Group’s 21st Blood Campaign: 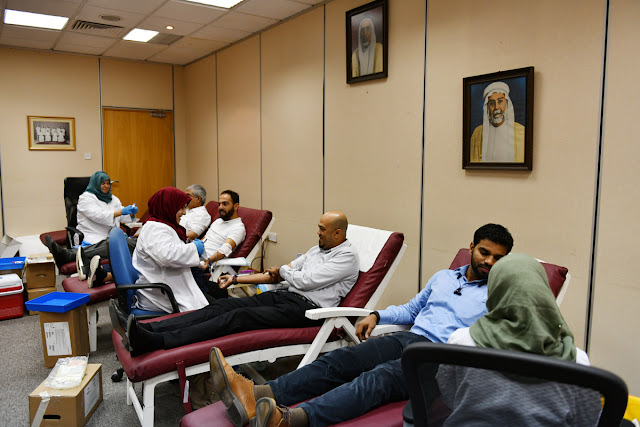 Dubai, UAE: The Kanoo Group, as part of its CSR programmes for the year, hosted the 20th Kanoo Blood Donation Drive held at its Bur Dubai office on 11th March 2019. Employees, as well as staff from joint ventures were encouraged to donate blood at the event which was organised by the Marketing Department, in cooperation with the Blood Donation Center - Latifa Hospital.

A total of 62 successful donors out of over 80 volunteers from the group contributed remarkably in favour of the success of the campaign to save lives and to encourage more employees to get involved in the community.

The campaign is also designed to raise awareness about the need for safe blood donations. In line with this drive, the Dubai Health Authority’s (DHA’s) Blood Donation Centre launched the ‘Dami’ blood donation app which allows blood donors to answer donation eligibility questionnaire and read pre-donation educational material through their mobile phones before they give blood.

Ms. Maha Kanoo, Head of HR and Marketing, said, “Coming together and uniting for a common cause can really make a huge impact. Helping people in need especially saving lives is the greatest form of kindness one can offer to a fellow human being.”

In response to the success of the initiative, Mr. Ali Islim, Marketing Manager (UAE & Oman) remarked, “We are delighted by the good turnout of employees who supported the noble cause which has increased from last year’s number. I hope this would serve as a source of inspiration for others in the future.”

He added, “We thank all blood donors for their commitment and how they have touched lives in immeasurable ways. Remember that one donation can save up to three lives!”

The blood donors each received a token of appreciation from The Kanoo Group for their active participation in the recent blood campaign.
Listed below are the names of blood donors in the 20th Kanoo Blood Donation Drive, in alphabetical order: 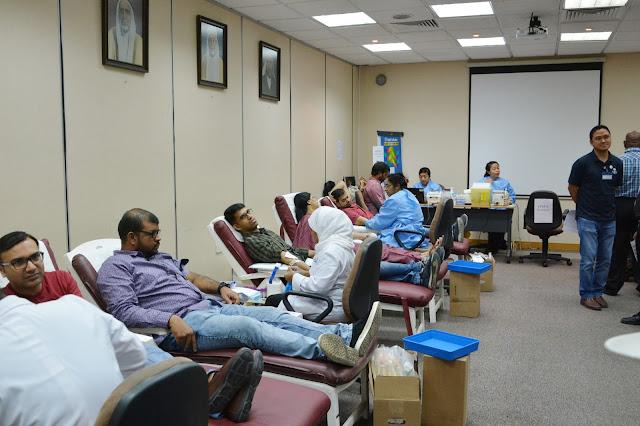 Dubai, UAE: The Kanoo Group launched its 19th Blood Donation Drive for all its employees, in collaboration with Blood Donation Center, Latifa Hospital. The campaign was held on 19th April 2018 at its Bur Dubai headquarters.

This comes as a part of The Kanoo Group’s emphasis on the importance of social corporate responsibility, which includes supporting hospitals and blood banks in replenishing their supplies.


Commenting on the campaign, Ms. Maha Kanoo, Head of HR and Marketing said, “At The Kanoo Group, we believe that we have a responsibility towards our local community. One day it could be someone you love who needs a blood transfusion. Donating blood is one of the highest forms of helping people and saving lives.”

“The Kanoo Group is engaged in various initiatives such as this Blood Donation Drive which we organise every year, in partnership with the Ministry of Health. We aim to raise awareness on this cause by encouraging positive practices to benefit the individual and society, whilst also helping promote a healthy lifestyle amongst our staff,” added Mr. Ali Islim, Marketing Manager-UAE & Oman.

The blood donation event lasted for half day with a large number of employees volunteering to donate blood. A total of 56 successful donors contributed remarkably in favour of the success of the campaign, reflecting their willingness to support such causes in light of the company’s continuous efforts to serve the community's goals.

To make blood donation safe and increase the confidence of the employees in voluntary blood donation, many safety measures has been recently implemented by the Ministry of Health. Stringent, meticulous and serious donor screening is necessary to afford protection to blood donors and recipients.

A representative of the hospital said that The Kanoo Group had one of the highest numbers of successful donors from their previous weeks’ visits with other organisations, thus concluding on a very positive note.

Ms. Maha Kanoo remarked, “As such, on behalf of The Kanoo Group, I would like to thank each and every employee who donated blood, as well as the staff of Latifa Hospital for helping us host such a fruitful event.” I also commend the Marketing and Property team for their efforts in the culmination of this yearly cause.”


Listed below are the names of donors in the recent Blood Campaign: