Dubai, UAE: A chapter of The Kanoo Group’s history was inscribed on Tuesday 8th May 2018, when members of The Kanoo Group bid farewell to veteran CFO PS Ganapathi who is retiring after over four decades of working for the company. For the group, he is considered part of the Family.

At the farewell tribute held at Park Regis Kris Kin Hotel in Bur Dubai, Mr. Mishal Kanoo, Chairman of The Kanoo Group took deep breaths and appeared emotional as he delivered his wonderful speech for the outgoing CFO, in the presence of department heads, joint venture partners, and staff.

He said, “I’m tremendously grateful for all the hard work and the many sacrifices you’ve made for The Kanoo Group. Working with you has made my time with the company nothing short of a privilege. You are like a rock where I could always put my ship to anchor and not worry. Now that you are retiring, I feel sad and happy at the same time. Sad to see you go, but happy that you will finally be spending time with your direct family. After all, we are a family business. And family is the most important aspect of our lives.”

“You have been a great colleague, partner, peer, and a great mentor to your team. From the bottom of my heart and from all your family over here, I wish you a beautiful, happy, enjoyable retirement,” he added.

Mr. PS Ganapathi would be delegating his duties and responsibilities to Mr. Badri Ramaswamy, General Manager – Finance and Accounts, whom Mr. Mishal Kanoo described as ‘trained and groomed well by Mr. Ganapathi, with big shoes to fill in and would surely do a superb job.’

Mr. Bob Curtis, CEO and Mr. Fahad Kanoo, Executive Director in the UAE & Oman also expressed their sincerest thanks to Mr. PS Ganapathi for being a part of The Kanoo Group family. Mr. Bob Curtis said that despite professional differences at times, it has been great working with Mr. Ganapathi. Mr. Fahad Kanoo said that during his relatively short tenure with the company, he has learnt a lot from him.
Mr. Sean Bradley, the Managing Director of Freightworks recollected his long association with Mr. Ganapathi even before he joined Freightworks and acknowledged that Mr. Ganapathi has always helped and supported him whenever required. A number of employees as well gave their warm wishes and personal tribute messages to the retiring CFO.

In his parting speech, Mr. Ganapathi said, “The journey has been very exciting. It has been a great responsibility heading the finance and accounts division of a large company like The Kanoo Group with its many joint ventures. I believe I was able to deliver what was expected of me due to the cooperation of all concerned.”

He recalled how he has been a part of the growth of this organization from strength to strength over the years. He added that it was a privilege to have worked closely with the ex-Chairmen and UAE’s founding father Mr. Hamed Kanoo and also the ex-Chairman Mr. Yusuf Kanoo. He added that he had no words to thank the present Chairman Mr. Mishal Kanoo, for the trust and confidence reposed in him and for his unstinted support. He also acknowledged the affection shown by Mrs. Lulwa Kanoo, Miss Maha Kanoo and Mr. Bassem Kanoo. Mr. Ganapathi also thanked Mr. Fahad Kanoo, Mr. Mohamed Kanoo and Mr. Bob Curtis for the excellent association he had with them.

Mrs. Parvati Ganapathi was requested to say a few words about her husband. In her heart-warming speech, she said: “I believe that each and every one of us is blessed with great qualities, talents and abilities and it rests with us to discover, tap and develop them in order to achieve maximum success in life, mental peace and contentment.”

“I partially agree that ‘behind every man’s success there is a woman’. I believe Ganapathi has been blessed with great qualities ... no doubt about it ... the deep understanding and patience, a positive attitude towards life and to fellow human beings in general. He has a big heart and is never judgmental. He is a thorough gentleman. On a personal note, Ganapathi is an awesome dad to our girls. ” she remarked.

Mr. Ganapathi thanked each and every one of his colleagues for their love and support and urged his colleagues to keep up the hard work for the continued growth of the organization. He wished them and their families a bright and happy future. 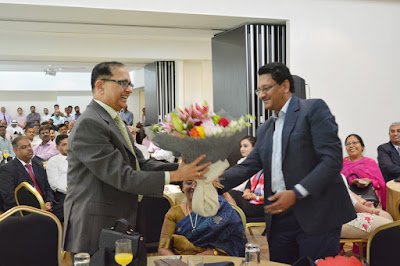 P.S. Ganapathi is a qualified Chartered Management Accountant from the U.K. and India and has been in charge of accounting and financial functions of The Kanoo Group in the UAE & Oman for the last several years. He has held various senior positions and has been a Member of the UAE & Oman Board and a Director of The Kanoo Group and some of the joint venture companies.

Some of Mr. Ganapathi’s remarkable achievements were being placed in the second spot at the Forbes Middle East’s list of Top Indian CFOs in the Arab World in 2014, and also one of the Top 50 Indian Business Executives in the Arab World  in 2017. 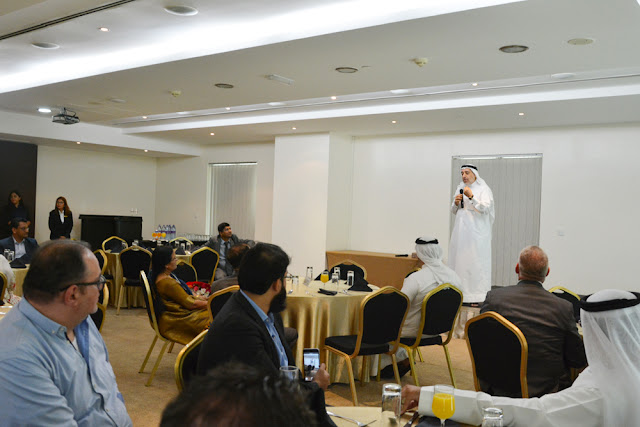 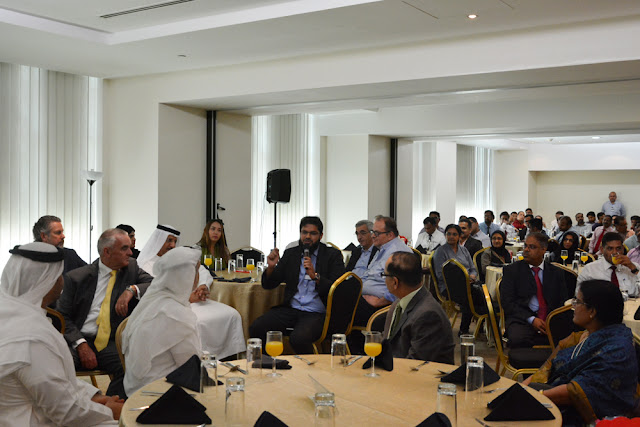 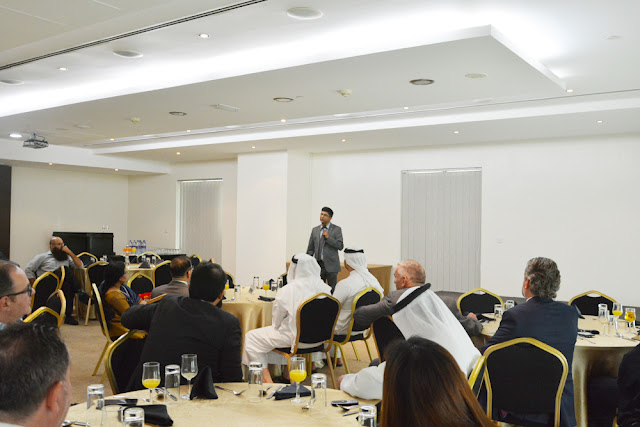 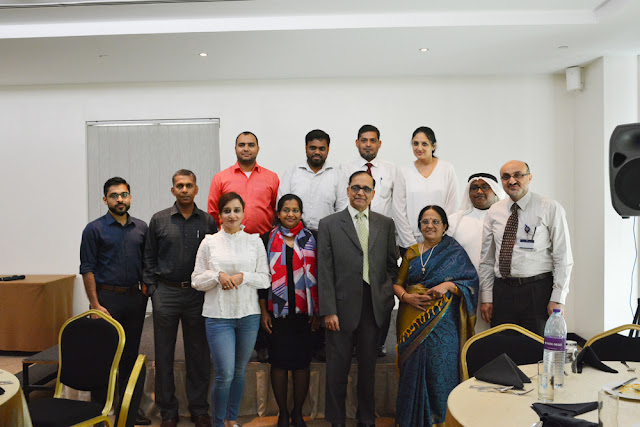 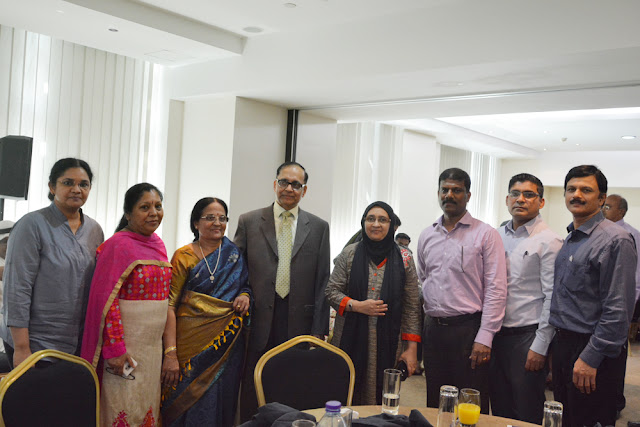 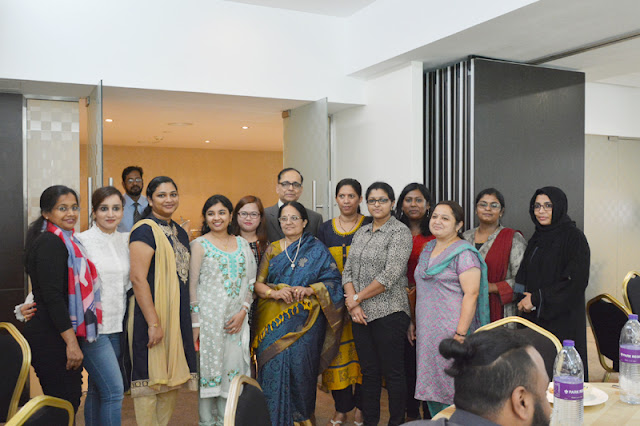 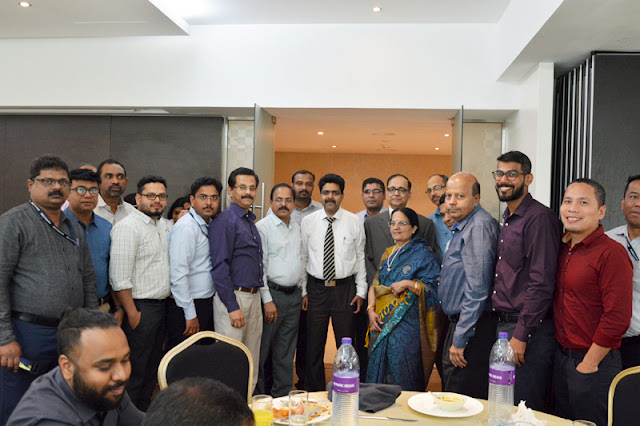 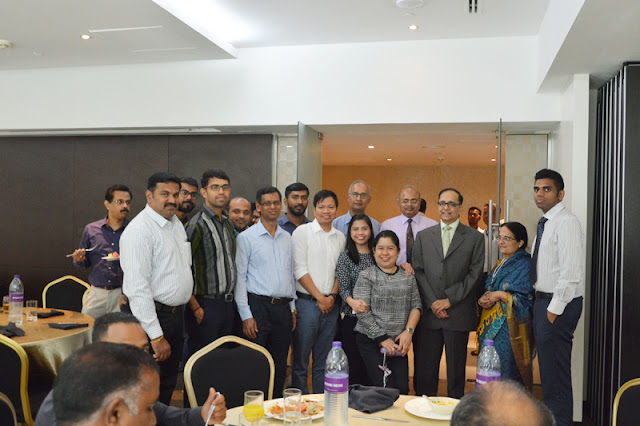 Visit The Kanoo Group website to see more photos of the event. 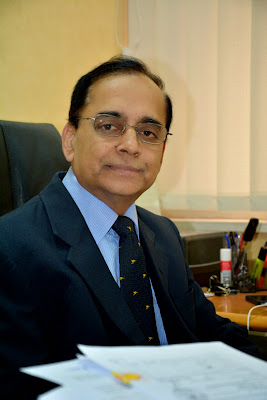 Forbes Middle East is part of the world renowned Forbes magazine. The magazine researches and publishes original and relevant Lists/Rankings, based on the criterion of neutrality, authenticity, commitment to the methodology of scientific research and the quality of standards set globally by Forbes Media, US. Forbes Middle East is the guiding compass for investments and best practices in the Arab region.

According to Forbes Middle East, “As the financial forces behind their companies, the Arab world’s top Indian CFOs are worth special recognition”.

P.S. Ganapathi is a qualified Chartered Management Accountant from the U.K. and India and is in charge of accounting and financial functions of The Kanoo Group - UAE & Oman. He has held various senior positions within Kanoo and its joint ventures in the UAE and Bahrain, serving the organization for over three decades.

As a senior member of the management team, P.S. Ganapathi has played a vital and active role in formulating the financial policies of the company working closely with the Group management,  Chairman and the Deputy Chairman. He is also a Member of the Board of the Kanoo Group UAE & Oman and some of its joint ventures. Through his dedicated and exemplary service, he has earned the trust of the Kanoo family.

The Kanoo Group congratulates him for his achievement.