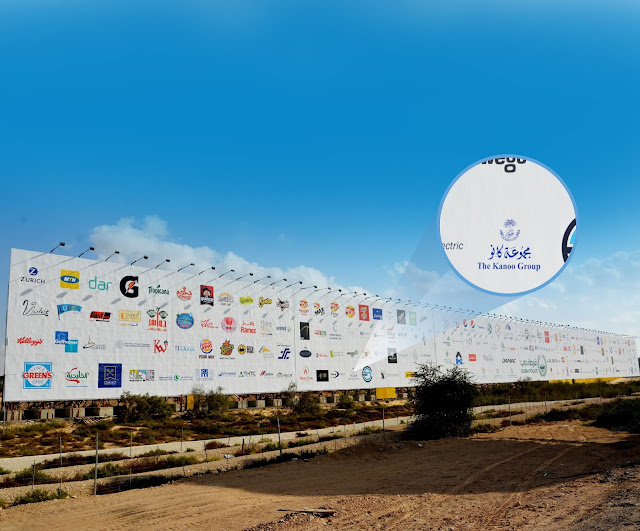 Dubai, UAE: The Kanoo Group, a diversified business conglomerate, one of the largest independent, family-owned groups of companies in the Gulf is one of the UAE iconic brands featured in the world’s biggest billboard with 6,000 square meters in size, a Guinness World Record.


The billboard was built by the Emirates Intellectual Property Association (EIPA), in collaboration with Dubai Police under the theme, ‘We think like Zayed’ in connection with the celebration of Sheikh Zayed’s 100th birth anniversary, who dedicated his life to serving the nation and raised it across various fields on both regional and global levels.

Mr. Mishal Kanoo, Chairman, The Kanoo Group - UAE & Oman said, “We are honoured to be a part of the world’s biggest billboard which is a symbol of the great leadership of the ‘late founding father’ and in celebration of his 100th birth anniversary. We are proud to raise this banner of the UAE and its people, with their continued wise governance in making this country a centre of innovation in the region and the world.”

The Kanoo Group, among other reputable institutions from inside and outside the UAE, were featured in the significant billboard in recognition for their support and efforts in contributing towards the progress and development of the people and driving sustainable development in the UAE.

For years The Kanoo Group has been a key supporter of various government initiatives, including NGOs, as part of its corporate social responsibility (CSR) and philanthropic programmes aimed at helping communities and in line with the company’s values that will advance the nation’s goals and vision.

The Kanoo Group for the 3rd time also co-sponsored the recent International Law Enforcement IP Crime Conference which was co-hosted by INTERPOL and Dubai Police, to reinforce the global efforts in fighting the crime wave of illicit trade in the region and to protect and to support the country's trademarks.

The world’s biggest billboard is situated on Sheikh Mohammed Bin Zayed Al Nahyan Road towards Sharjah and beside Silicon Oasis.

‘The Kanoo Group’ is one of the largest, independent, family-owned groups of companies in the Gulf region established in 1890. It has diversified business industries in shipping, travel, machinery, logistics, property, oil & gas, power, industrial chemicals, training, joint ventures, retail and commercial activities, among others, and operates extensively throughout Saudi Arabia, Bahrain, United Arab Emirates, Oman, Yemen and Qatar.